Seahawks fans all across the nation have been counting down the days to Super Bowl XLVIII since the NFC Championship game 2 weeks ago. This season has been a very exciting one for the Seahawks, records have been shattered, and watching every game has been extremely entertaining. The team seems like they’re out there having the time of their lives and the 12th man feels every bit a part of each game. This Blue Friday is full of anticipation and every true 12th man knows what they’ll be doing Sunday afternoon.

There’s only 2 more days until the big day and for many, that means a lot of preparation for big parties. Wether you’re having a big party at home or going to your favorite bar on the big day this Sunday, Super Bowl snack food is going to play a big part of the festivities. Supermarkets Friday-Sunday morning are going to be packed with people picking up chips and dip and party drinks. The parking lots of these grocery stores will be jammed and dangerous with cars and people with full shopping carts. Use extra caution when trying to make a trip to the stores and consider parking further out than you normally would to avoid accidents when backing up or run-away-carts smashing into your vehicle. Also when cooking up those delicious finger foods, be careful, it’s easy to get distracted by what’s going on during the game and forget about what’s in the oven. Make sure you’ve got a good homeowner’s insurance policy to cover you in case you start the kitchen on fire on the big day. 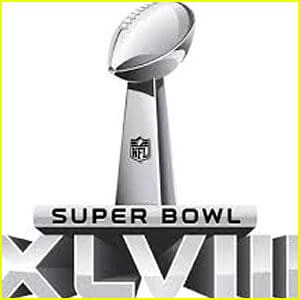 Drinking a few “brewskies” during the Super Bowl is a given for the majority of football fans. Don’t let a DUI ruin the Super Bowl for you this year. Drinking and driving puts your life at risk as well as every other person on the road. If you know you’ll be drinking during the game, have your after game situation planned out before hand. Wether you have a designated driver, crashing on your friends sofa, or will be taking a cab home, plan it out beforehand and stick to it.

Vern Fonk Insurance has always been a huge supporter of all things Seahawks. Wether you’re in New York going to the game or staying at home watching by yourself, we’re all rooting for the green and blue. Go get ’em HAWKS!