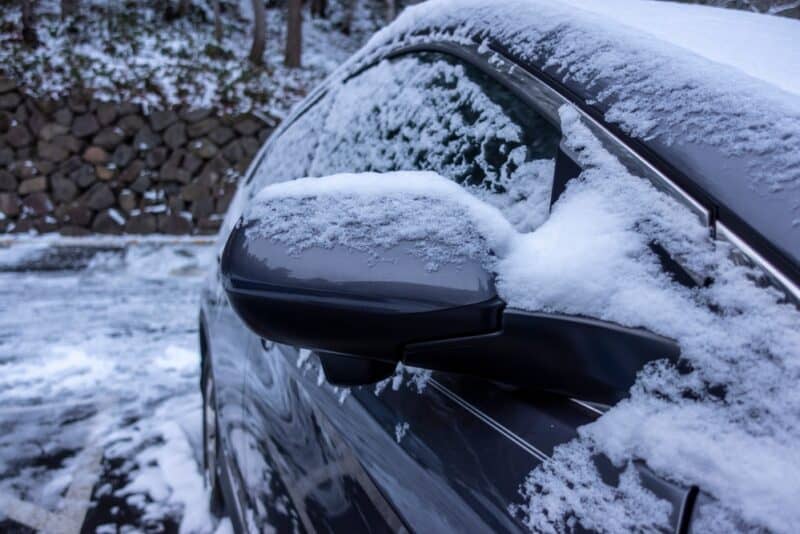 Winter in the PNW can be beautiful – and brutal. Especially when it comes to driving. Fortunately, today’s automobiles are equipped with technology that almost makes driving in snow and ice a day at the beach compared to early models. Almost.

Yesterday’s motorists didn’t have anti-skid and automatic braking systems technology – it was completely up to the person behind the wheel how that slide ended. Seatbelts were not standard equipment, adding even more thrill to the ride. Defrosting the windshield was a manual chore that involved scrapers and paper or cloth, not turning a dial on the dash. You get the chilly picture.

Another protection we enjoy today is car insurance, required of every driver. Back in the day, most probably didn’t have it, so everyone was more or less on their own if an accident happened.

Let’s take a look at the various technologies that have resulted in safer automobile travel than we’ve ever known. Many of these technologies, both new and established, are especially critical during the beautiful but intense Pacific Northwest winter.

We’ll Start with the Basics: Seatbelts and Airbags

There was a time when seatbelts and airbags were considered revolutionary. Now, you’re not likely to give them much thought.

Front airbags have been required on all new vehicles since 1999. Side airbags aren’t mandated, but most newer vehicles today include several. The Toyota Camry has a total of 10 airbags for optimal driver, front seat, and backseat passenger safety.

As for seatbelts, the lap belt was first used in 1949, but it was largely ignored. That wasn’t always a bad thing. In certain kinds of accidents, the lap belt could cause severe liver damage, making it more harmful than helpful.

Today’s three-point seatbelt, introduced by Volvo a little later in 1959, changed all that. The three points of the seatbelt distribute the harnessing action, and it is estimated that this seatbelt has saved more than a million lives.

It’s not only adults and older children who are safely harnessed either. Since 2002, the LATCH (Lower Anchors and Tethers for Children) system has been employed to safely and easily anchor a young child’s car seat to a backseat.

Keep in mind, though, seatbelts and child safety seat anchoring systems can only be considered safety features if you actually use them. (Hint, hint)

If you’ve ever experienced that horrifying sensation of your car shimmying out of control when you had no choice but to slam on your brakes to confront an emergency, you understand the benefit of the anti-lock braking system or ABS.

ABS has been a mandatory vehicular safety technology for new cars since the year 2000. It starts with sensors in every wheel communicating with your car’s computer and gauging such performance factors as car speed and grip on the road.

The idea is that the braking system pumps the brakes repeatedly rather than constantly applying pressure. That’s because the driver has no steering control when the brakes are fully engaged, but the fluttery motion of the ABS yields more controlled braking ability even in emergency stops. That doesn’t mean that you’re safe to fly down icy PNW roads, but you’ll get a much better brake response on pavement in all weather conditions.

The idea here is to gain a more comprehensive view of your route down a driveway or while reversing into a parking space. The video camera technology provides a wide-angle view that’s superior to what you’d see by eyeing the rearview mirror and is easier, safer, and more revealing than craning your neck and upper body to look over your shoulder.

Rearview cameras became mandatory safety features in cars, vans, and light trucks starting in 2018. Some have Surround View technology for an even more extensive view of the backup surroundings.

Sometimes you can tell a tire is going flat by merely glancing at it as you head to your car. Other times, the tire pressure loss is so gradual you might not know by looking at it. This subtle sink opens up the possibility for one of the most terrifying of sensations — tire blowout on the road.

At the very least, it leaves you stranded on the side of the road. Maybe in the middle of nowhere, miles from a town or service station. At worst, you lose control of your vehicle, and anything can happen from that point.

Thankfully, a safety feature first added to new vehicles as far back as 2007 reduces this risk. Tire pressure monitor (TPM) sensors are placed in tires and read by your onboard computer. When the tire pressure hits a designated low, the driver receives a dashboard warning.

Some TCM technology sends a constant real-time tire pressure reading, so the driver knows even when the pressure is low before it’s a driving risk.

Brake Assist Technology Works Without You

You can think of brake assist as a sort of preview feature of the autonomous vehicles that will eventually hit the roads. At that point, your car will drive for you. We’re certainly not there yet, but brake assist gives you a hint of what could someday be the norm.

Your Car (Almost) Drives Itself

Okay, that’s a bit of an exaggeration, and it shouldn’t be taken seriously. In fact, there have been tragic instances when the drivers of cars with advanced driver-assistance systems, or ADAS, thought they were no longer needed behind the wheel. We’ve all heard the urban legend of the RV driver who figured he could just go get a cup of coffee in the back while his behemoth vehicle cruised down the highway by itself (the results were not good). Bet his motorhome insurance went up.

Today, the most advanced (and usually most expensive) vehicles contain multiple examples of the most protective and futuristic technologies.

In what might seem like James Bond technology, cars decked out with ADAS use an array of ultrasound sensors, cameras, radar, or even laser beams to anticipate unseen risks from front, sides, and back, to help the driver steer clear of danger.

In some cases, the vehicle will even hit the brakes before the driver anticipates the threat or has time to react.

One of the most startling moments you can experience in a moving vehicle is when you hear a bleating horn as you’re making a lane change. You’re shocked to find that the spot you want to move into is already occupied, or is soon to be, by a still invisible vehicle. You don’t see it because it’s in your blind spot.

Many an insurance claim has been filed when motorists betray this basic law of physics: two objects cannot occupy the same space at the same time.

Today’s vehicles with Blind Spot Monitoring (BSM) use an array of sensors on the side of the car to alert drivers to the presence of objects on the road that would go otherwise unseen until it is too late to avoid a collision.

Blind spots can also be interpreted wrongly by some other drivers, triggering road rage incidents if they think they were deliberately cut off. When you already have the risk of a road accident, that’s not another risk you want to add.

BSM technology is not yet mandatory in vehicles, but more and more makes and models now use it. Some vehicles include sideview cameras. Warnings can be issued by sound alerts, dashboard or side mirror light indications, or even by haptic technology. This features vibrations to the seat or steering wheel when the car perceives a risk.

BSM is only one of a growing alphabet soup collection of initials for new and upcoming technologies that could eventually lead to fully autonomous vehicles…or at least a time in which the number of road accidents of any kind should dramatically decrease. In many cases, the technology names alone indicate what the features do. Look for these acronyms coming to a dictionary near you soon:

Compared to what you’ve just read, this safety feature is pretty low-tech indeed. It just requires a phone or some other wireless device (unfortunately not available to our early pioneer motorists), but certainly available to most of us. Nevertheless, it provides you and your loved ones just as much protection as some of those James Bond solutions.

Roadside assistance is an auto insurance add-on featuring the guarantee of help when you or a loved one are in need, wherever and whenever you need it.

Imagine one of your teens alone, sidelined by a flat tire on a dark street long after midnight. Alternatively, maybe you’ve been locked out of your vehicle, or your car does a 180 and swerves onto the snow-covered shoulder of the road due to an unseen ice patch on Christmas Day. What if your partner runs out of fuel, without a gas station in sight?

The point is, a lot can happen to you or a family member while in a car. Your roadside assistance plan will offer dependable help from a toll-free 24/7 phone number or a link on your insurance app. Explain your situation to a dispatcher, and a trained technician will show up to offer a few gallons of gas, a battery charge, a tire change, tow out of a snowbank or to the nearest garage … whatever you need.

Combine at least some of today’s advanced car technologies with 24/7 roadside assistance, and you and your PNW family can’t be in safer hands this winter.

We’d love to introduce you to roadside assistance and the many other features and benefits of affordable car insurance in the PNW this winter. Call us at (800) 455-8276 or go online for a quick quote. You can also find a Vern Fonk office near you.