How Long Do Accidents Affect My Rates? 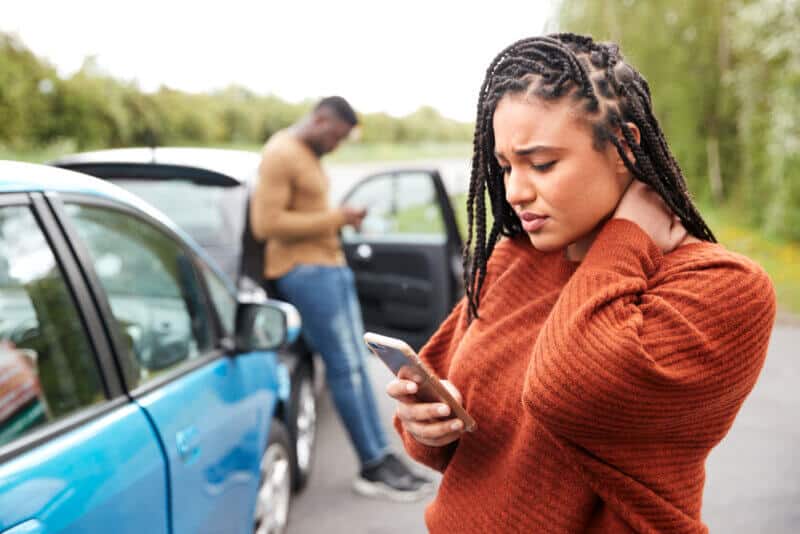 Vehicle crashes make your insurance premiums shoot up — that’s common knowledge. If you were found negligent for a crash or two in recent years or were involved in a major collision, you may be wondering, “How long do accidents affect my rate?”

You’re not alone. Like you, thousands of drivers across the United States find themselves asking the same question, especially after being involved in an at-fault crash that caused bodily injury to others or costly property damage.

Being the at-fault driver in a crash can cause your insurance rate to soar, on average, to around 34 percent. The incident stays on your driving record for about three to five years, keeping your premium that much higher for that much time.

There are things you can do to help bring your insurance premium down, though shortening the length of time accidents affect your rate. You should also know that while most crashes make your rate go up, others don’t. Here’s what you need to know to make things right, clean up your driving record and bring that high rate down.

“Chargeable Accidents”: Crashes and Collisions That Affect Your Rates

Your insurance premium goes up whenever you’re involved in what’s called a “chargeable accident.” This is a crash or major collision where you’re deemed more than 50% at-fault for causing:

According to AAA, chargeable accidents can cause your insurance premiums to go up anywhere between 20% and 25% to upwards of 90%, depending on the state you live in and your driving record. California, Delaware, and Massachusetts tend to have the biggest rate increases after an accident, while Maryland, Mississippi, North Dakota, and West Virginia tend to stay on the lower side.

In the Pacific Northwest, premiums typically increase between 27% and 36%. A driver in Washington state, for example, could see his or her average $1,307 insurance rate jump roughly 35% if found at-fault for a chargeable accident — that’s an extra $459 on the length of the policy.

Accidents That Don’t Affect Your Rates

Most people think every accident affects their rates. That’s not true. There are several types of accidents that are non-chargeable and don’t impact your insurance premium. Here are a few.

How Your Driving Record Impacts Your Insurance Rate

Driving records determine the rates that insurance agencies set. Before issuing a new policy or renewing the one you already have, insurers check your motor vehicle record with the state. This report lists every traffic-related incident you’ve been involved in that was reported to the police. It includes all of the citations you’ve received, all court convictions, all license suspensions and revocations, all license restoration dates, and whether you were insured or not when each crash or traffic stop occurred.

If you have a poor driving history, for example, have filed multiple claims, or have been involved in several serious crashes, your insurer will likely consider you high risk. And if that’s the case, you’ll like have to pay more for your premium than average drivers.

Your insurance premium typically gets readjusted when your insurance policy is up for renewal, which usually happens once a year. But if you’re crash occurs mid-year, you’ll see the higher premium reflected in your next monthly bill.

There are things you can do to decrease your rate and clear up your driving record. Taking a driver’s safety course is one way to do it. If your driving record’s less than stellar, you might want to check with your insurance agent to see what options you have and make sure that your insurance policy is up-to-date, reflecting your lifestyle and current situation accurately.

How Long Accidents Affect Your Rates

It usually takes around three to five years for a driving record to clear. That’s how long accidents affect your rates. Once your record clears, assuming you haven’t had any more accidents or insurance-related issues, you should see your premium return to a lower rate.

In the meantime, always shop around for the most affordable rate that offers the right coverage for your needs.

At Vern Fonk, we help drivers in Idaho, Oregon, and Washington get back on the road at an affordable rate. Start your free quote online, over the phone, or at one of our offices near you.